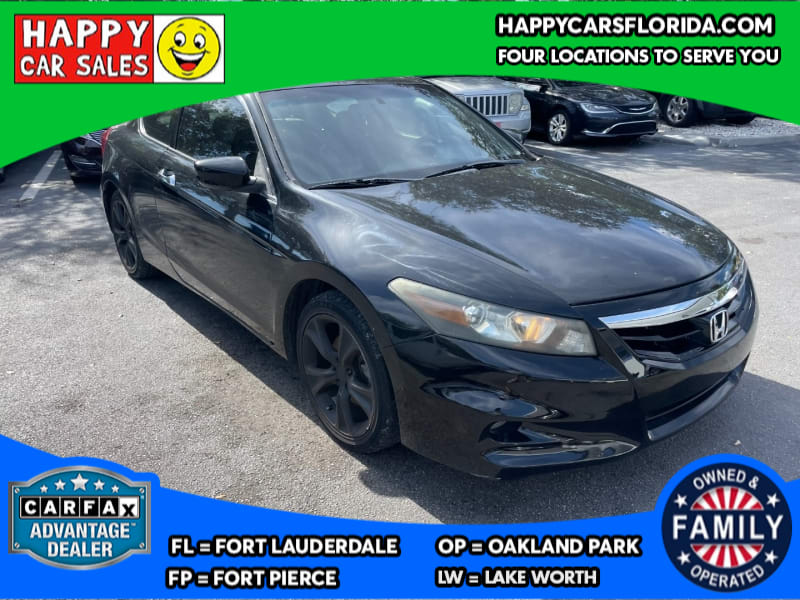 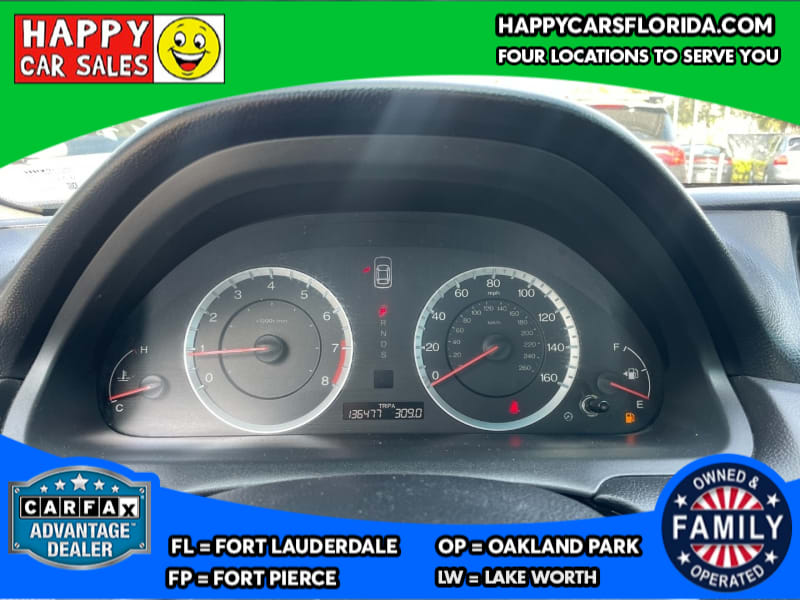 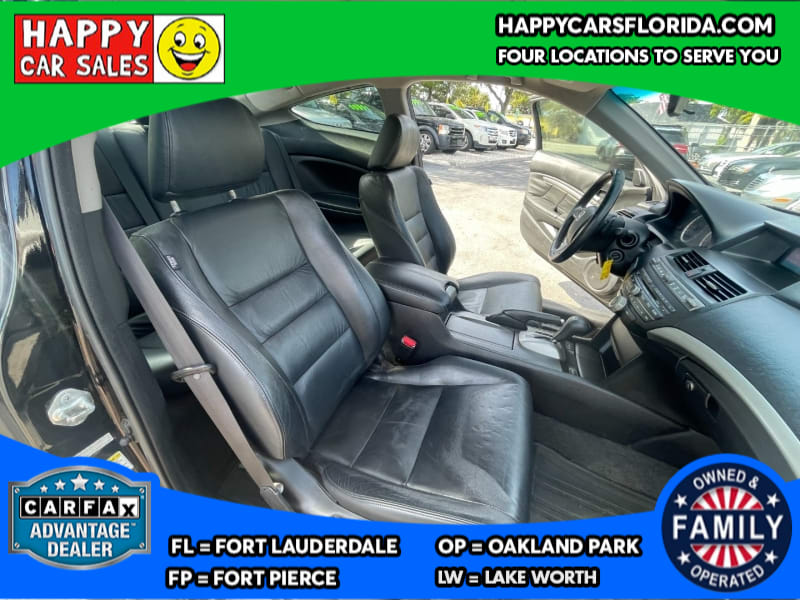 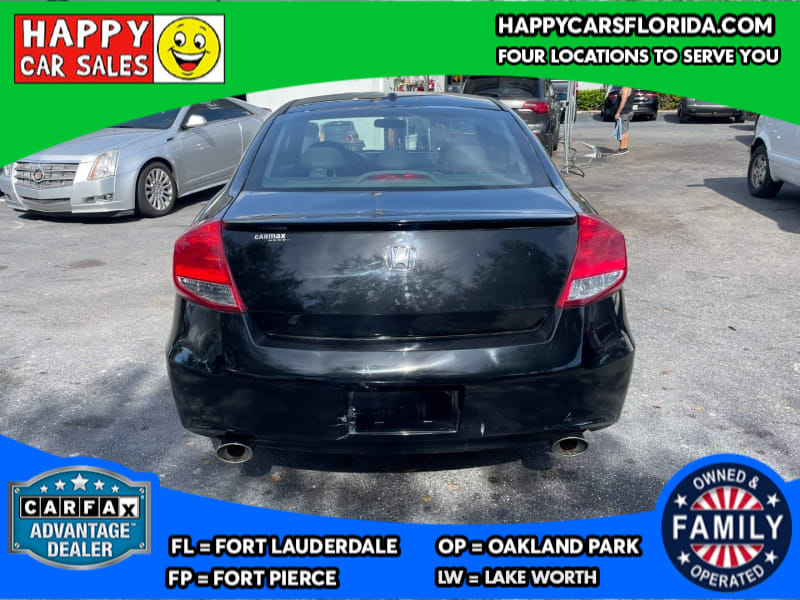 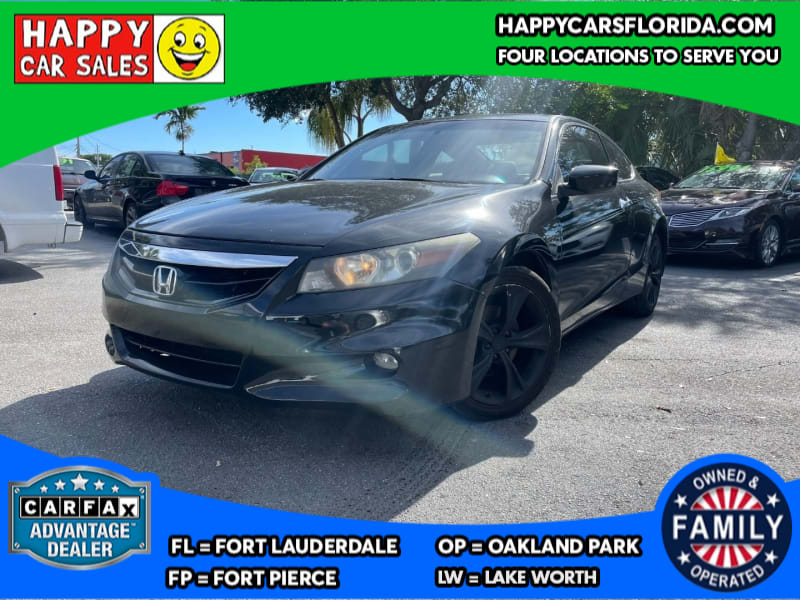 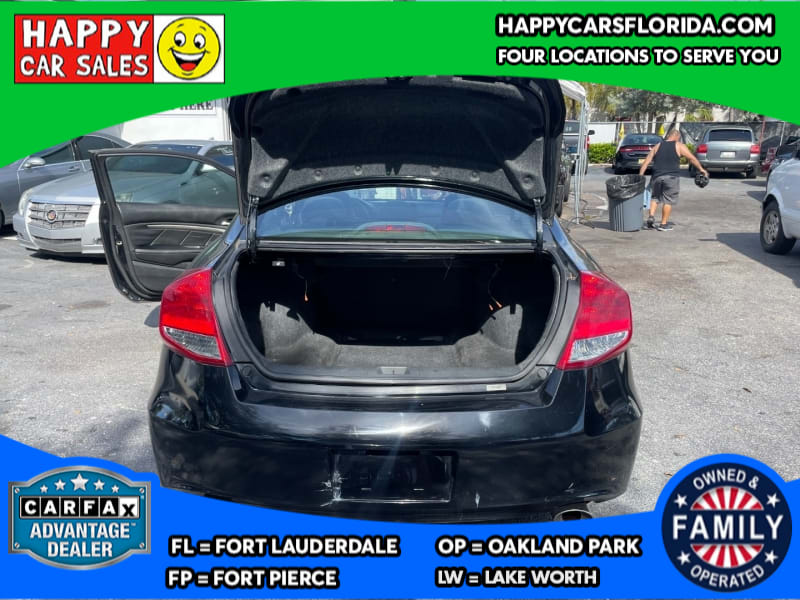 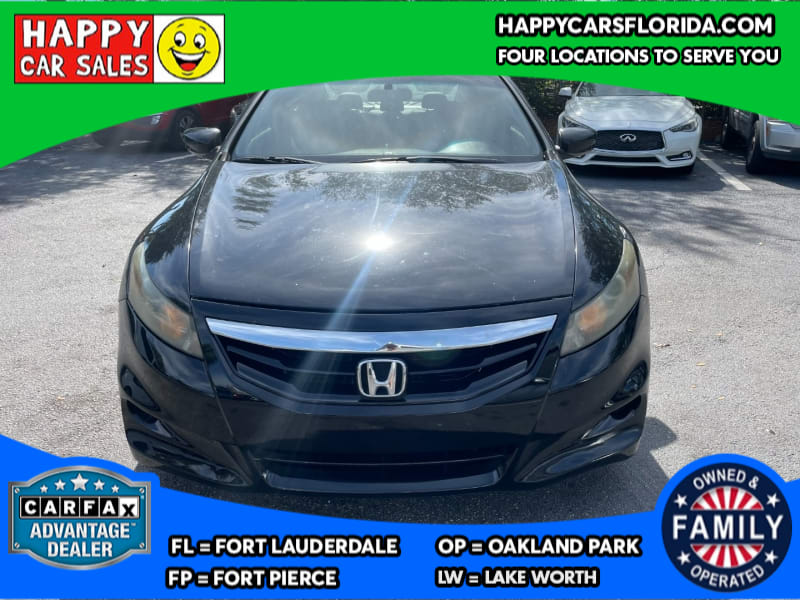 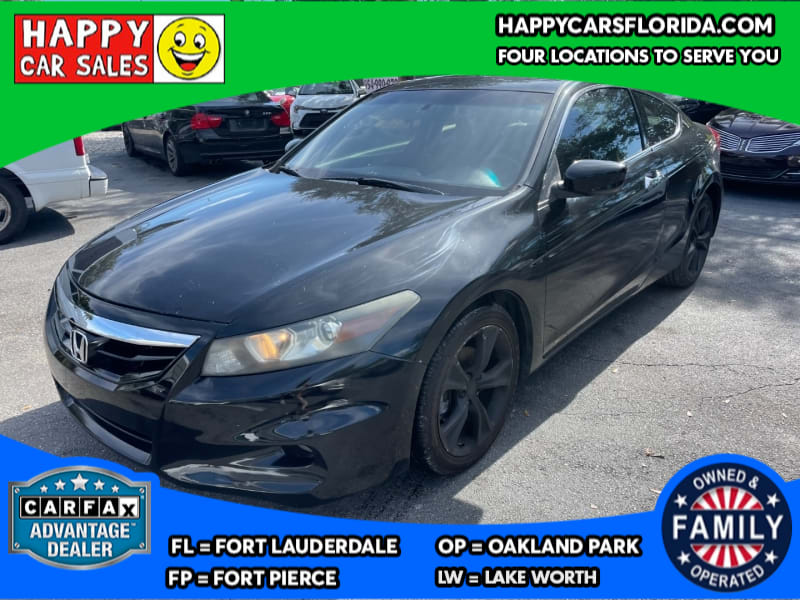 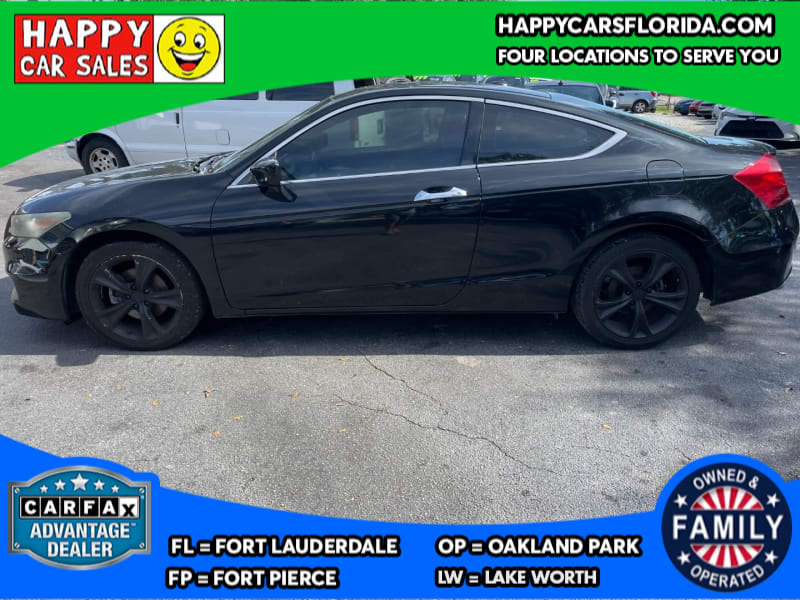 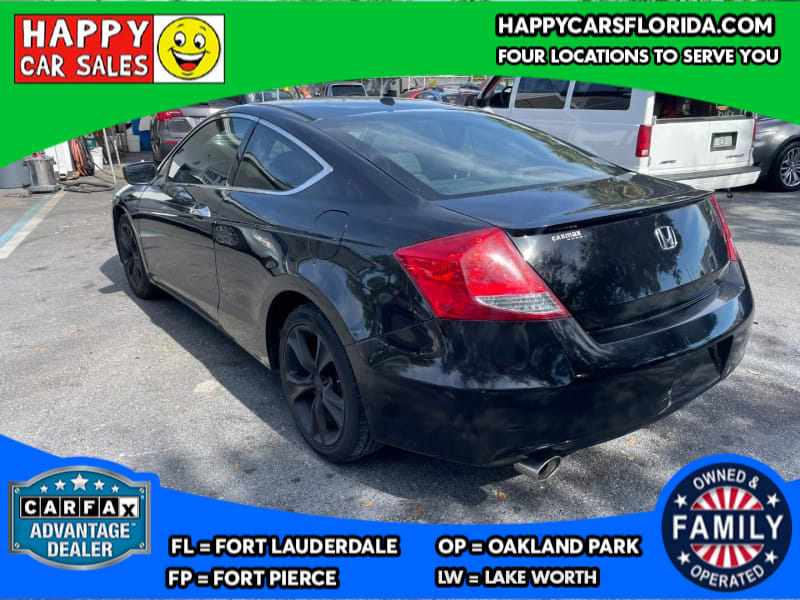 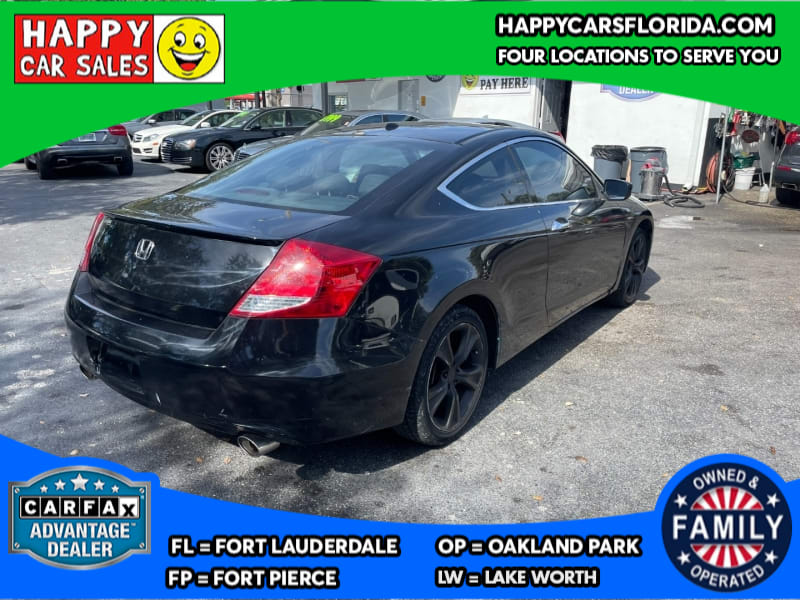 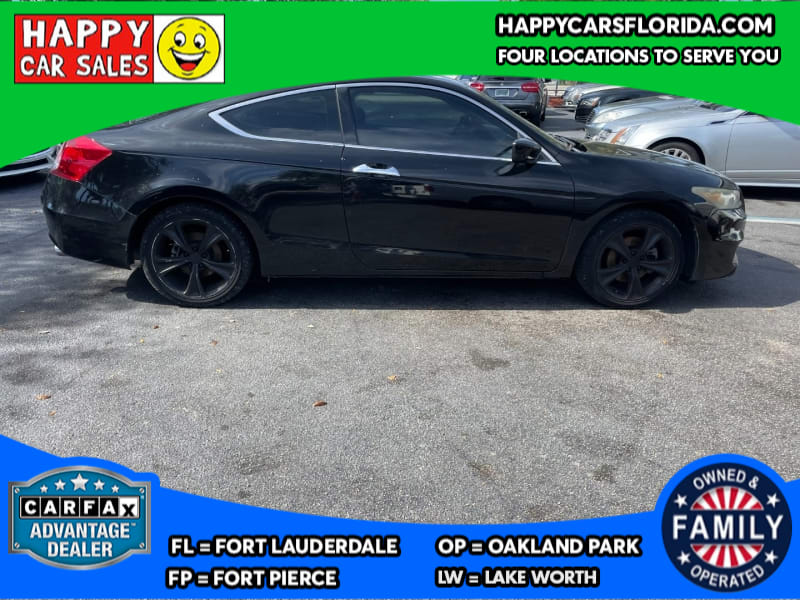 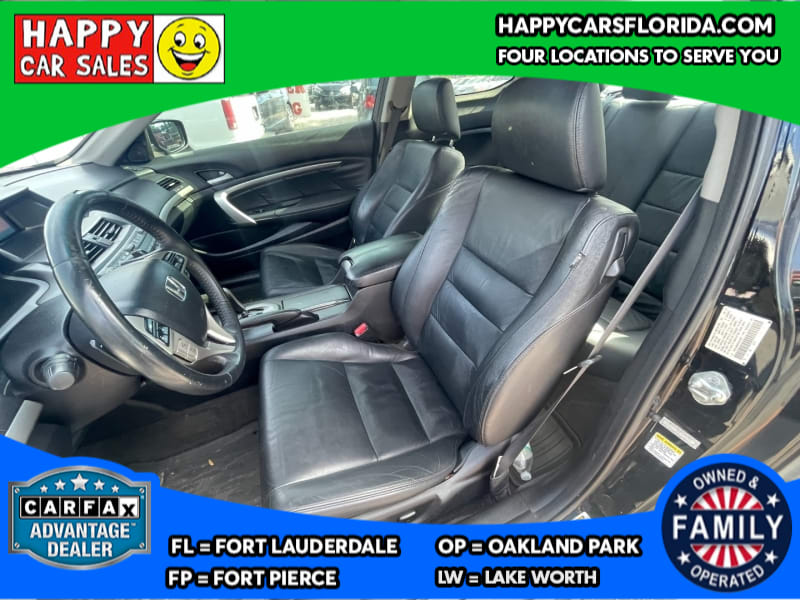 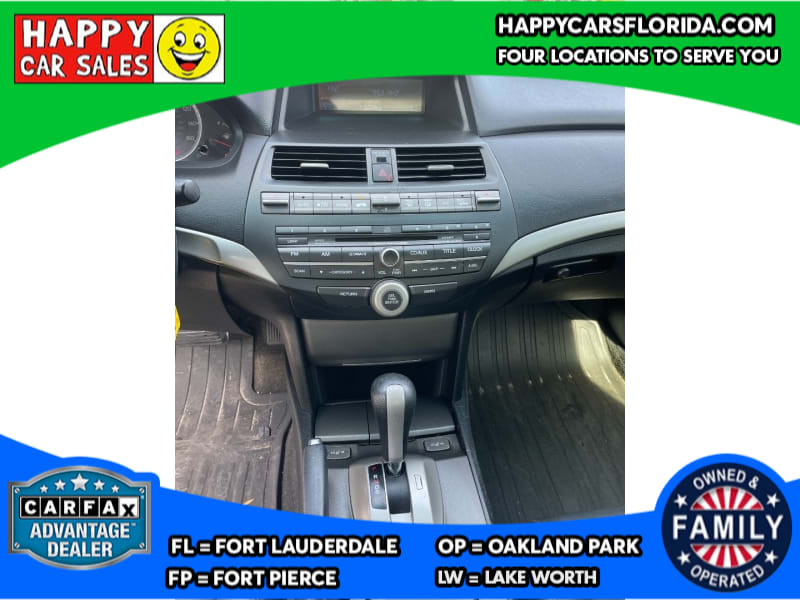 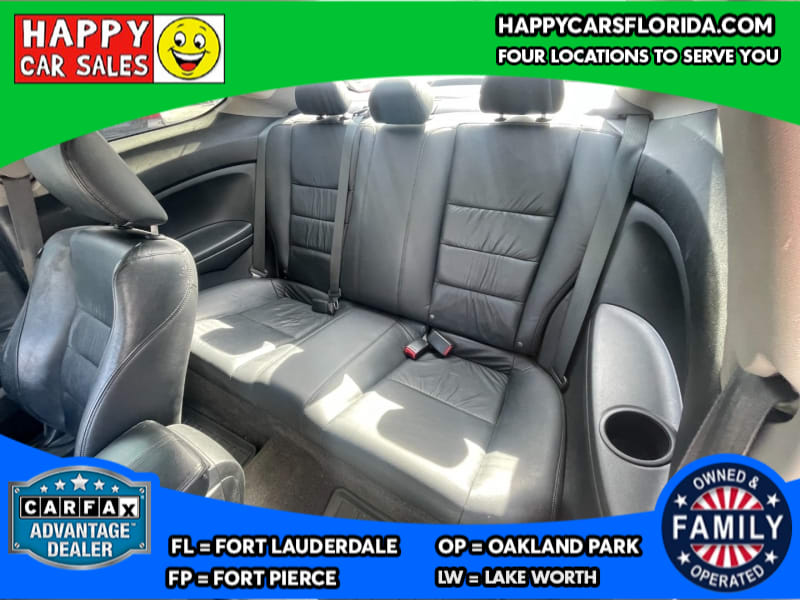 The 2011 Honda Accord LX trims and SE are powered by a 2.4-liter inline-4 engine that produces 177 horsepower and 161 pound-feet of torque. The EX version of this engine produces 190 hp and 162 lb-ft of torque. Both versions come standard with a five-speed manual transmission, while a five-speed automatic is optional. In Edmunds performance testing, an automatic-equipped LX-P went from zero to 60 mph in 9.1 seconds, which is on the slow side for this class. With the automatic, EPA-estimated fuel economy for both LX and EX versions is 23 mpg city/34 mpg highway and 27 mpg combined. The manual lowers the city number by 1 mpg.The Accord EX and EX-L can be equipped with a 3.5-liter V6 good for 271 hp and 254 lb-ft of torque (251 with the manual-equipped coupe). A five-speed automatic is standard on both body styles, with the coupe getting shift paddles. The coupe can also be equipped with a six-speed manual gearbox. In Edmunds performance testing, a V6 sedan went from zero to 60 mph in 7 seconds, whereas a manual-equipped coupe did it in 6.3. The sedan achieves an EPA-estimated 20/30/24, while the coupe gets 19/28/22 with the automatic and 17/26/21 with the manual.SafetyEvery 2011 Honda Accord comes with antilock disc brakes, stability and traction control, front side airbags and side curtain airbags. In Edmunds brake testing, the various Accords we've tested over the years have stopped from 60 mph in about 130 feet -- on the long side for this class of car.In the government's new, more strenuous crash testing for 2011, the Accord earned top five-star ratings all around for overall performance, front-impact protection and side-impact protection. The Insurance Institute for Highway Safety gave the Accord a top score of Good for the car's performance in frontal-offset and side-impact collisions and a second-best rating of Acceptable in the roof-strength test.DrivingThough we admire the 2011 Honda Accord's nicely weighted and communicative steering, much of the rest of the driving experience is a minor letdown. In particular, the body rolls too much in corners (the coupe is better in this regard) and the ride quality isn't as comfortable as what you'll get from other top sedans. Another concern is the greater amount of road noise than expected in this segment.The base four-cylinder engine is unremarkable, providing leisurely and rather raucous acceleration, but the upgraded 190-hp version is more refined and offers the same fuel economy. Past Honda V6s have been something to brag about, but the 2011 Accord V6 lacks bottom-end torque and feels noticeably less powerful than the comparable V6s of the competition.InteriorThe Honda Accord no longer features the sort of class-leading materials and construction that used to make its cabin a benchmark. There are more hard plastics than in some competing vehicles, and fit and finish has gone down a bit from the car's predecessors. A rather uninspired design with an abundance of buttons doesn't do it any favors. The optional navigation system boosts the button tally further, but its voice commands, high-mounted screen and multipurpose knob are at least user-friendly.The top-of-the-line leather seats are polarizing -- some of us love their bold contours and firm support, while others complain of numbness after long trips and overly aggressive lumbar support. No such complaints have been directed to the backseat, which we've found to be the largest among the midsize class -- leg and headroom are abundant even for 6-footers. The 14-cubic-foot trunk is numerically on the small side, but it has a large opening and is thoughtfully shaped, making it seem usefully larger than it actually is. The coupe's backseat and trunk are obviously much smaller, but among coupes, the Accord is actually one of the most accommodating.