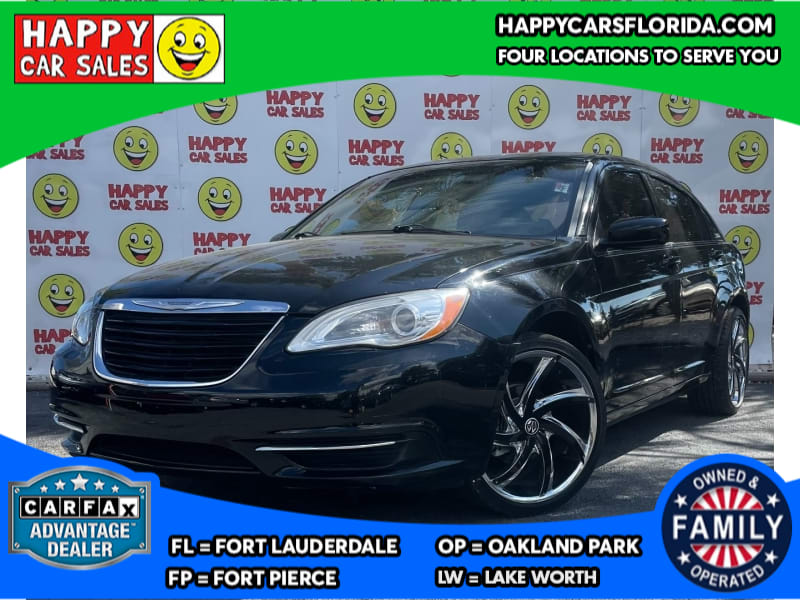 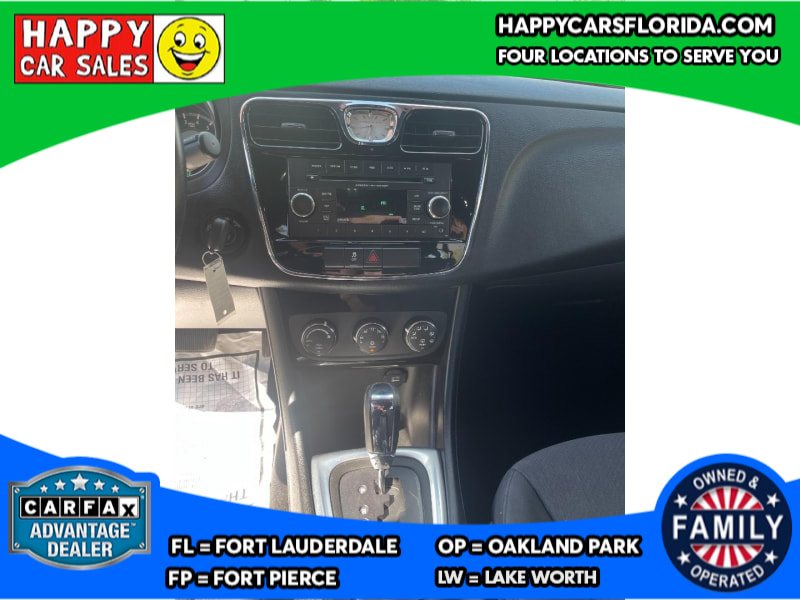 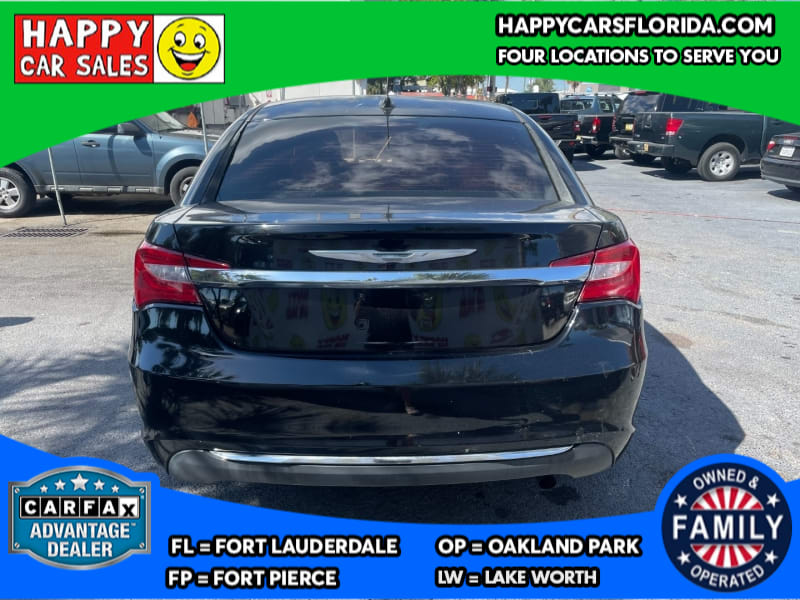 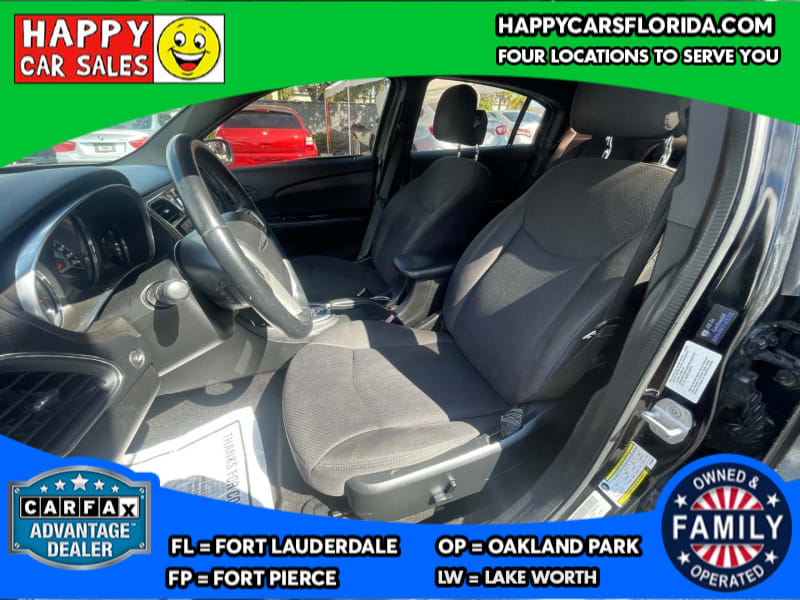 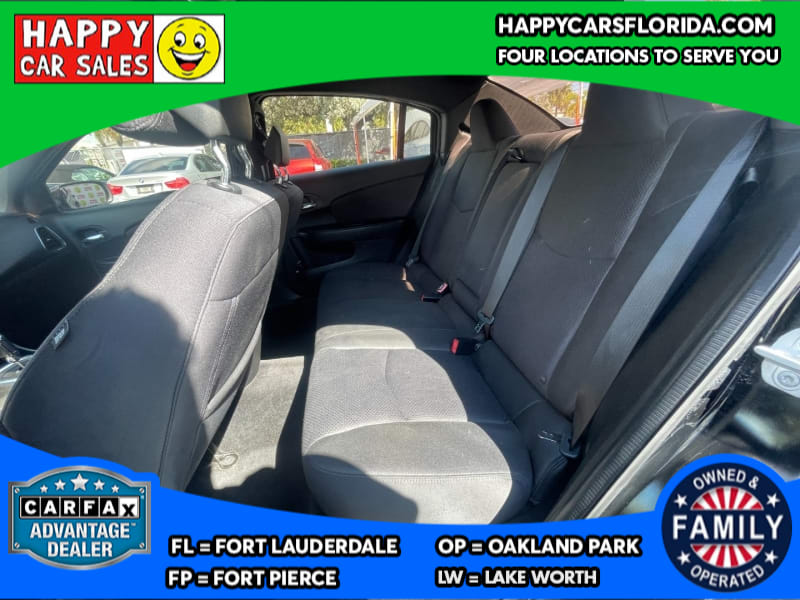 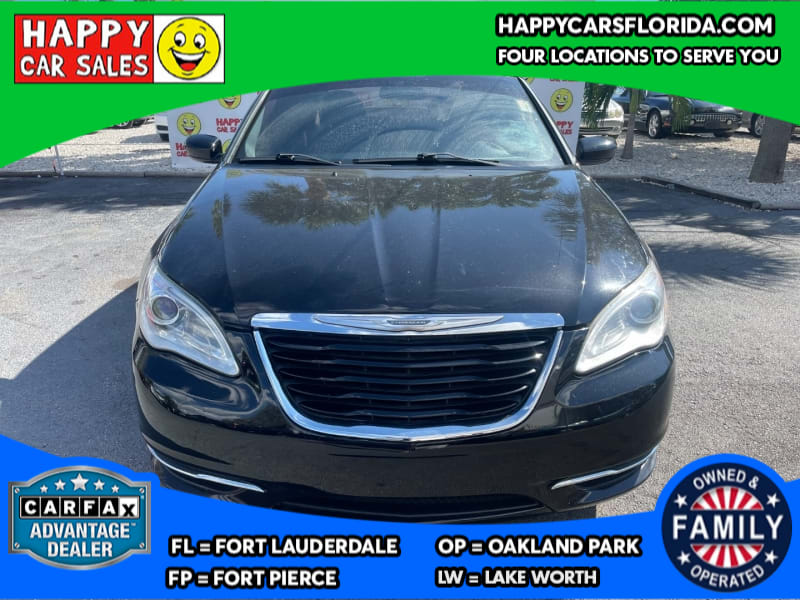 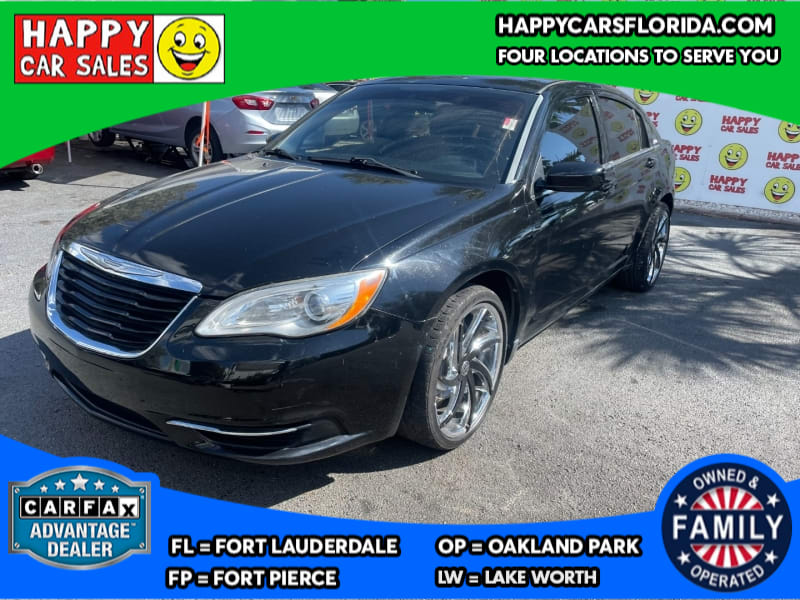 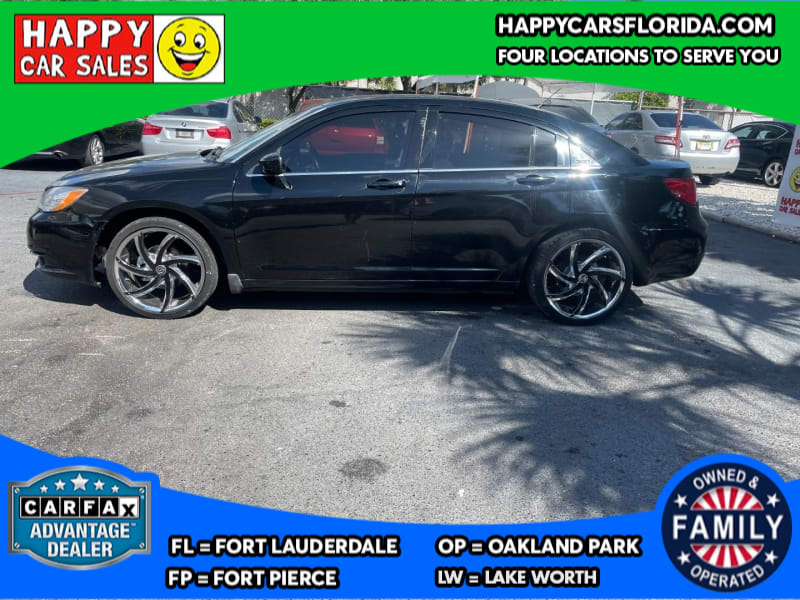 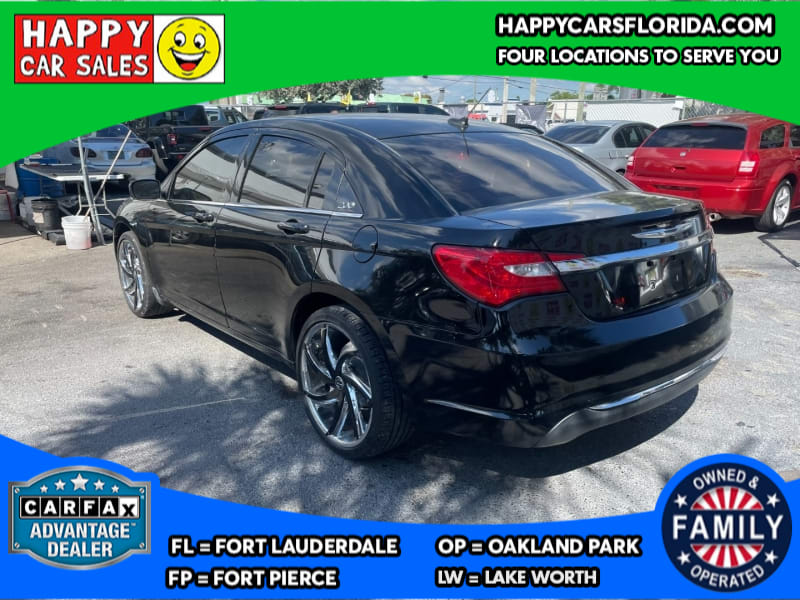 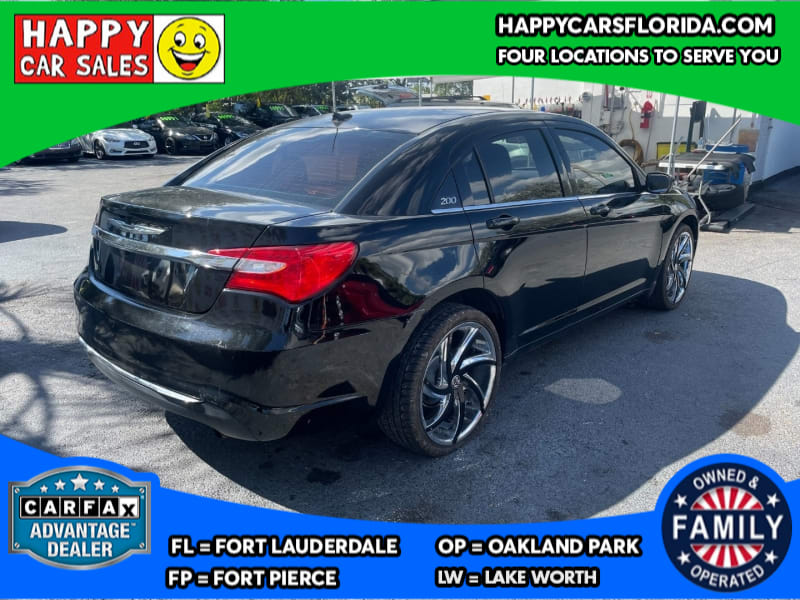 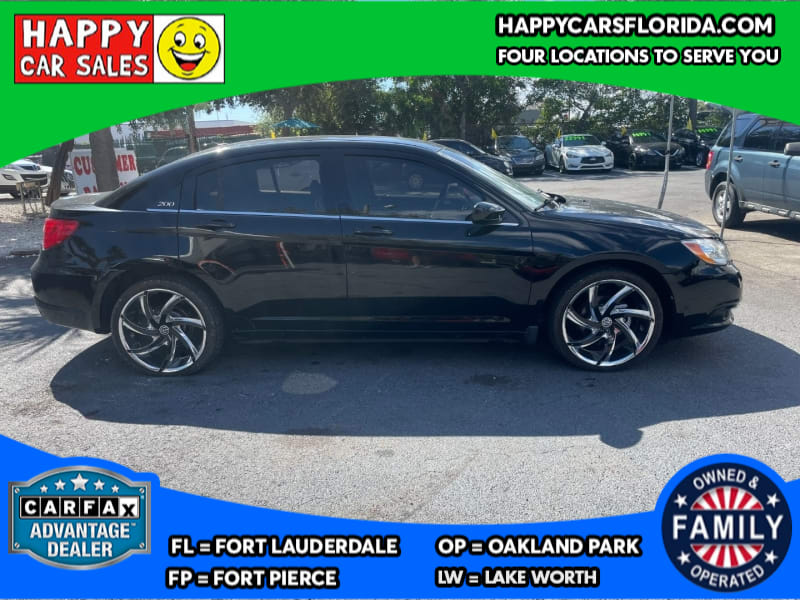 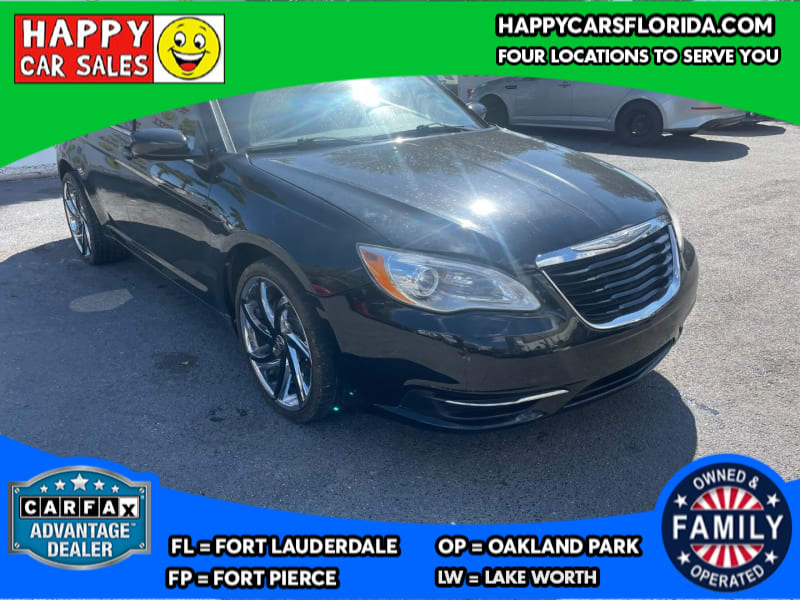 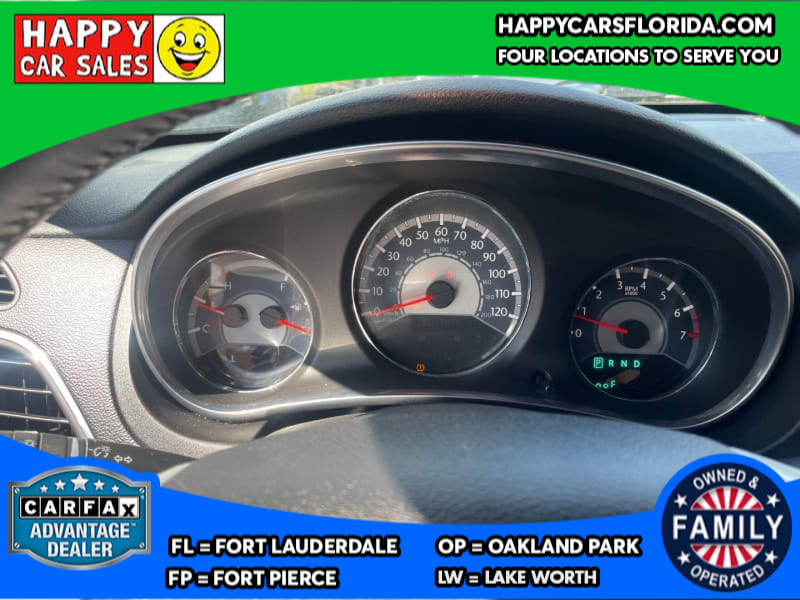 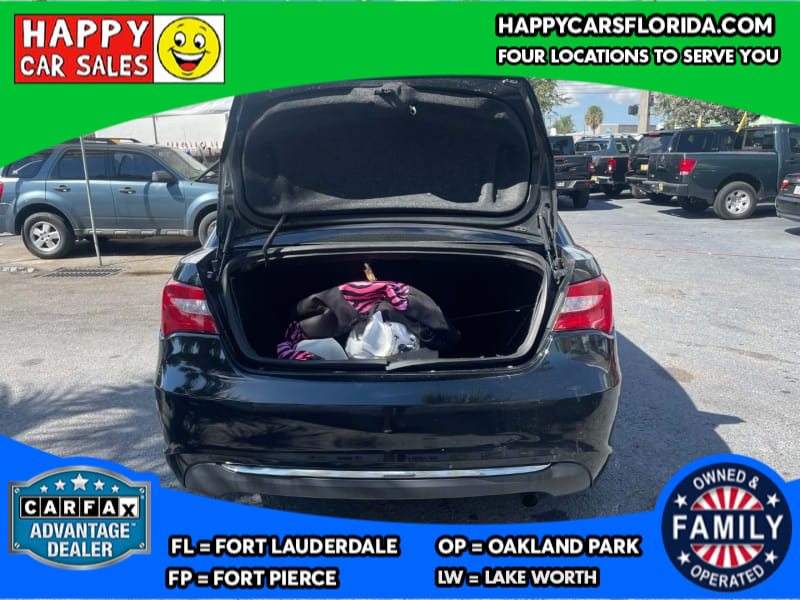 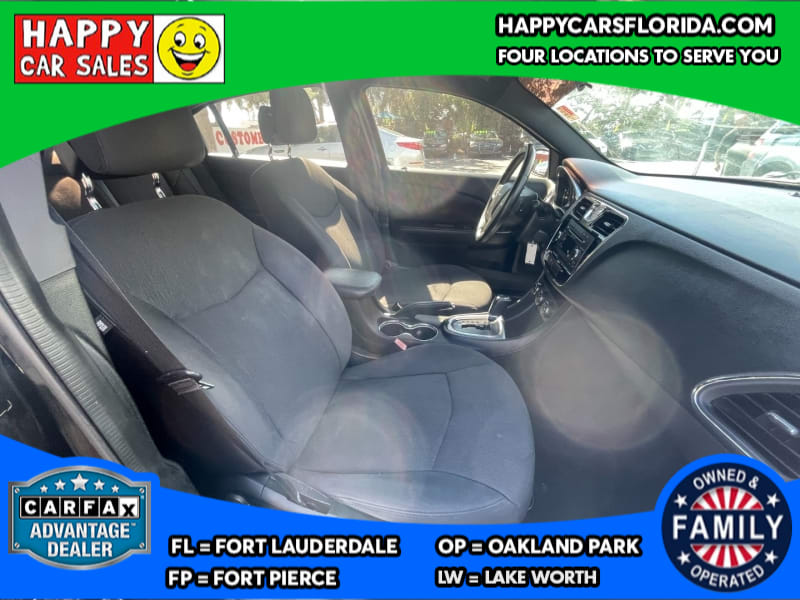 To the trained eye, the Chrysler 200 is a cleverly remade version of the company's former mid-size sedan, the Sebring. But look closer and you'll see so much more than just a modest facelift. The 200's suspension has been thoroughly overhauled, giving it impressive handling characteristics that feel better than those of the Accord or Camry. Its engine and transmission choices are also relatively new, and its interior looks as elegant as any Audi or Acura sedan. If Chrysler's 200 falls short, it's in the areas of fuel economy, rear-seat comfort and trunk space, where such as the Hyundai Sonata, Kia Optima and Toyota Camry are superior to the 200. However, unlike its competition, the 200 can be had in convertible form with the convenience of a retractable hard top.Used 2013 Chrysler 200 PricingThe 2013 Chrysler 200 LX carries a Manufacturer's Suggested Retail Price (MSRP) starting just under $20,000. The 200 Touring bumps the price to just over $22,500, while the convertible starts around $28,000 and tops out near $36,000 fully loaded and with the retractable hard top. Compare the base Volkswagen Jetta at just over $18,000 or the roomier Honda Accord LX at about $22,000 (both with automatic transmission) and Chrysler's 200 now seems in line. To make your best deal on a 2013 Chrysler 200, be sure to check the Kelley Blue Book Fair Purchase Price and see what others in your area are paying. As for resale, we think the Chrysler 200 will do a little better than its Sebring predecessor, meaning its 5-year resale values will likely remain on the lower end of the category, lower than the Chevrolet Malibu and Hyundai Sonata, and much lower than the Volkswagen Jetta, Honda Accord and Nissan Altima.Driving The Used 2013 Chrysler 200From the point of view of a driving enthusiast, the 2013 Chrysler 200 mid-size sedan might be the biggest surprise of the year. Its 3.6-liter V6 has impressive power reserves that allow the 200 to rocket from zero to 60 mph in just over six seconds, and to merge and pass with supreme confidence. And, despite its front-drive platform, we detected only minimal torque steer, even when launched hard from a standing stop. The 200's suspension provides a smooth and controlled ride, yet manages to keep the 200 relatively level in even the sharpest hairpin turns. Smooth, quiet and surprisingly fuel-efficient, the V6 is a far better choice than the buzzy 2.4-liter 4-cylinder. On long stretches of highway, the 200's steering required little input to keep the car on course, and uneven or grooved pavement did not upset its manners. With the available retractable hardtop in place, the 200 convertible is nearly as quiet inside as the sedan.Interior ComfortGoodbye, sow's ear; hello, silk purse. Deep blacks, rich browns and warm tans replace the old Chrysler interior palate of hard plastic finishes and dowdy colors. Sweeping, richly-textured, soft-touch surfaces display fewer seams but more chrome and metallic trim, elevating the 2013 Chrysler 200's cabin to Business Class if not First. Layered trim replaces unsightly gaps, and instrumentation combines modern function with classic style. Both cloth and leather seats are well-tailored, but rear legroom is tight if the front seats are adjusted for six-footers. A driver's lumbar adjuster and split-folding rear seatbacks are standard on every model. Noise insulation is admirable, which is great for Bluetooth users.Exterior StylingThe 2013 Chrysler 200, as its name implies, looks more like a Chrysler 300 in training than an entry-level mid-size sedan. LED-accented headlights flank the new corporate grille. Chrome details are generous but tasteful, and 17- and 18-inch wheels add to its premium presence. The 200 sits lower than the Sebring, for a more aggressive stance, and Chrysler even took pains to conceal the more unsightly underpinnings visible on the old Sebring. The overall effect is a car that went to finishing school rather than being rushed to market.Favorite FeaturesTAUT SUSPENSIONThe old Sebring drove like a softly-sprung rental car, but the 2013 Chrysler 200's revamped suspension and steering place it at the top of its category. It's an unexpected but welcome pleasure.GARMIN NAVIGATION RADIOChrysler's newest audio units feature mapping by industry-leader Garmin. Not only is the system intuitively simple to operate, the large 6.5-inch screen makes it easy for older eyes to navigate the on-screen commands.Standard FeaturesThe entry-level Chrysler 200 LX for 2013 features a 2.4-liter 4-cylinder engine, a 4-speed automatic transmission, power windows, mirrors and locks, keyless entry, remote trunk release, heated side mirrors, 17-inch wheel covers, air conditioning with filtration, tilt/telescoping steering wheel with audio controls, driver's-seat manual lumbar support and height adjustment, and an AM/FM stereo with MP3-compatible CD player and an auxiliary audio input jack. Instruments feature LED lighting, an outside temperature display and an analog clock. Standard safety features include 4-wheel anti-lock disc brakes, electronic traction and stability control, front-seat side-impact airbags, and front and rear side-curtain airbags.Factory OptionsAbove the 200 LX, the two up-level trims are the Touring and Limited, each of which can be equipped with the new S trim package that includes 18-inch wheels, black-finish grille and blackout surrounds. Standard on the Touring and Limited is a 6-speed automatic transmission, aluminum-alloy wheels, automatic on/off headlights, 8-way power driver's seat and SiriusXM Satellite Radio. The luxury-oriented Limited adds a V6 engine, leather, heated front seats, 17-inch wheels, touch-screen audio system with a hard drive (though navigation is optional on all but the LX), foglights, Boston Acoustic audio, remote start and Chrysler's UConnect hands-free phone setup.Engine & TransmissionChrysler's 2.4-liter 4-cylinder is not the most refined engine in its class but, with 173 horsepower on tap, it's not the weakest either. When paired with the 6-speed transmission, this engine can move the 2013 Chrysler 200 briskly and promises fuel economy near the top of its class. For an extra $1,750, the 3.6-liter Pentastar V6 is the engine to have. Smooth, potent and nearly as efficient, it turns the 200 from a sleeper to a keeper.2.4-liter inline-4173 horsepower 6,300 rpm166 lb-ft of torque 4,400 rpmEPA city/highway fuel economy: 21/29 mpg (4-speed automatic), 20/31 mpg (6-speed automatic), 18/27 mpg (convertible)3.6-liter283 horsepower 6,400 rpm260 lb-ft of torque 4,400 rpmEPA city/highway fuel economy: 19/29 mpg

The 2011 Cadillac CTS Coupe is a looker. It's a striking interpretation of Cadillac's sharp-edge sty ...