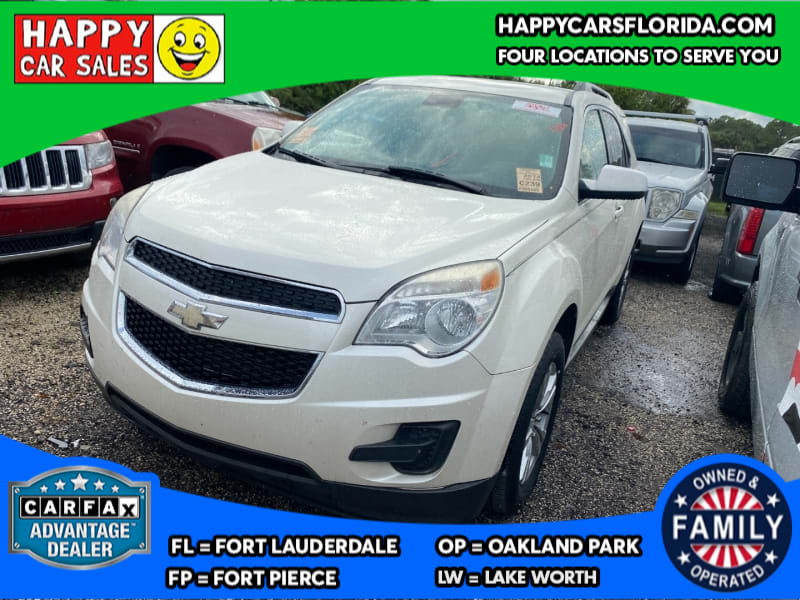 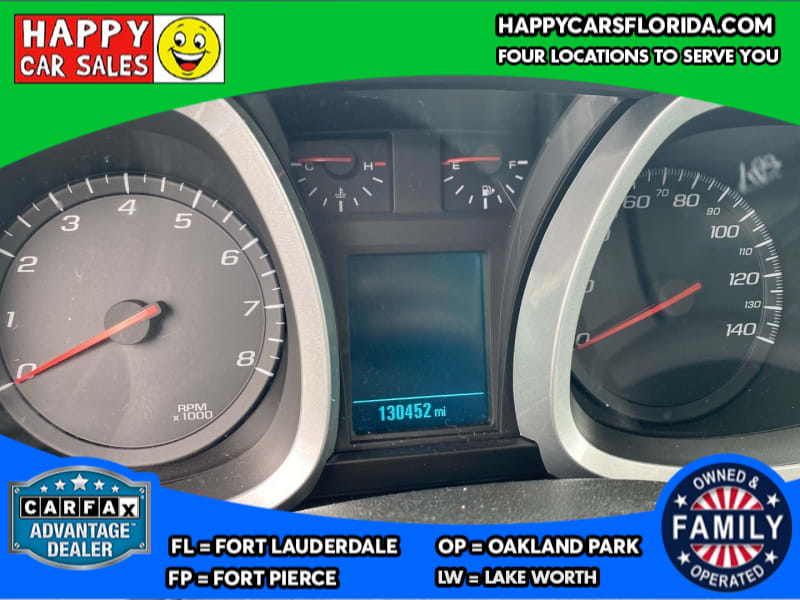 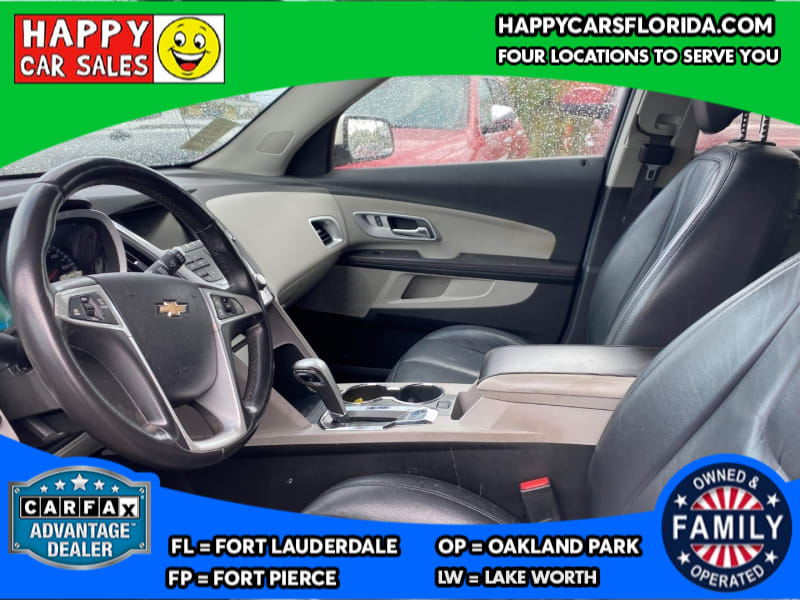 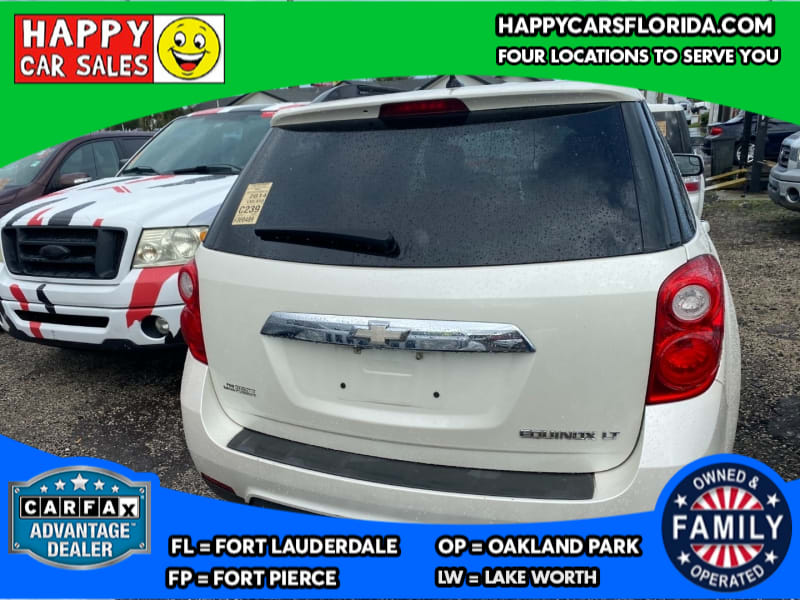 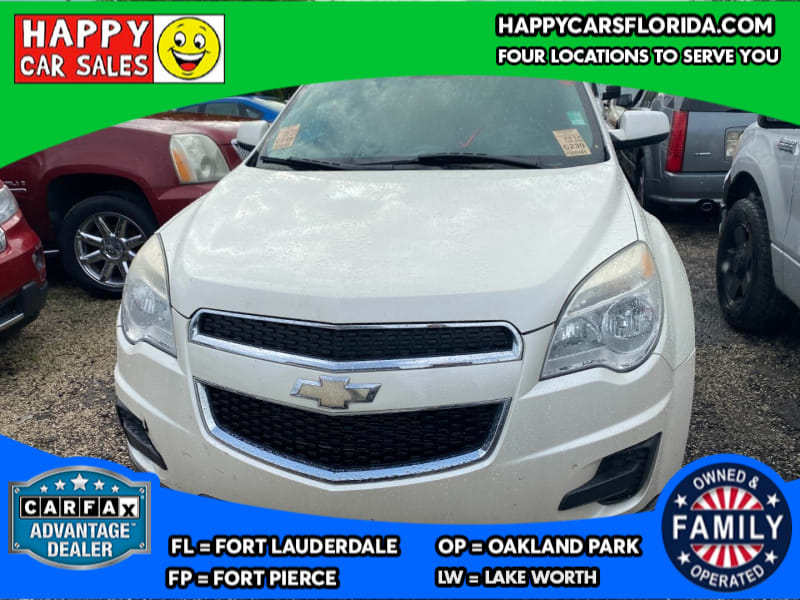 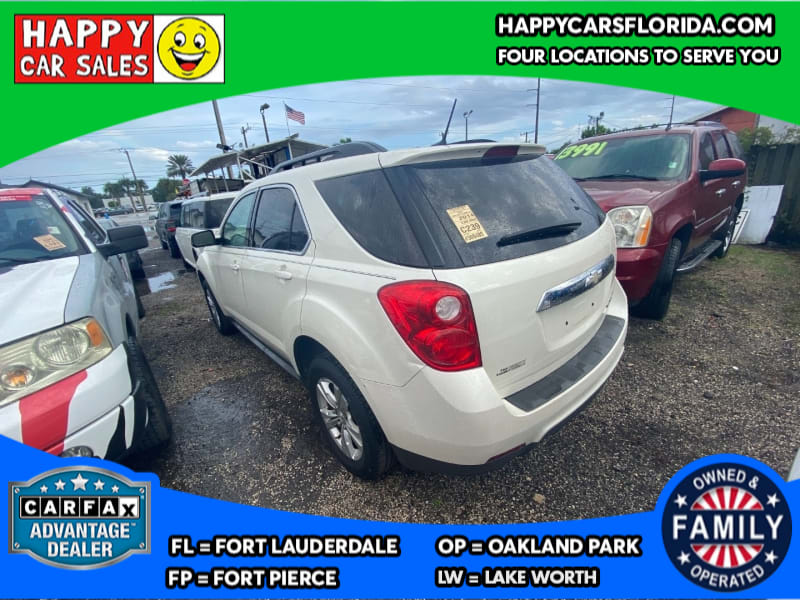 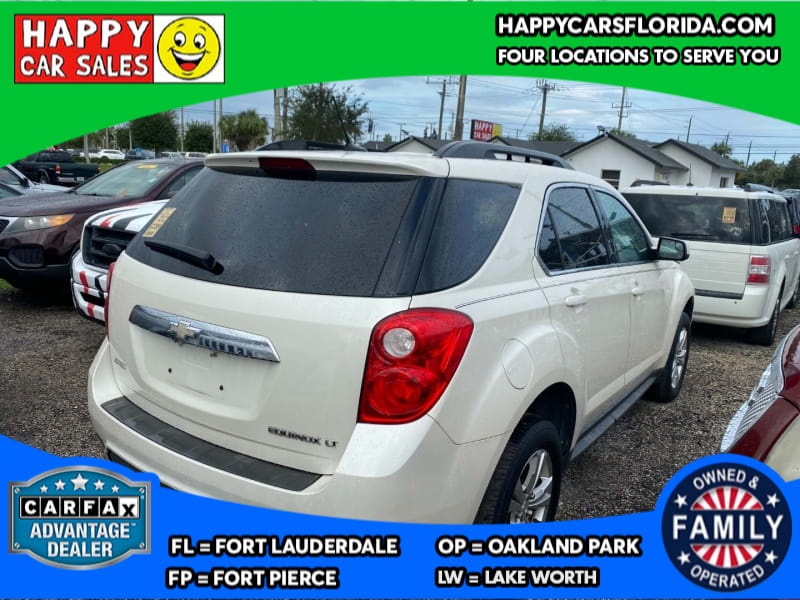 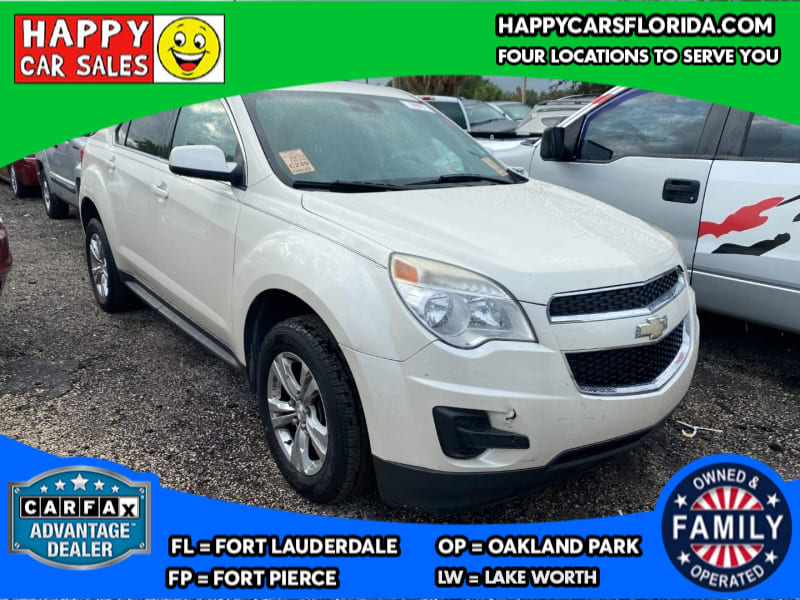 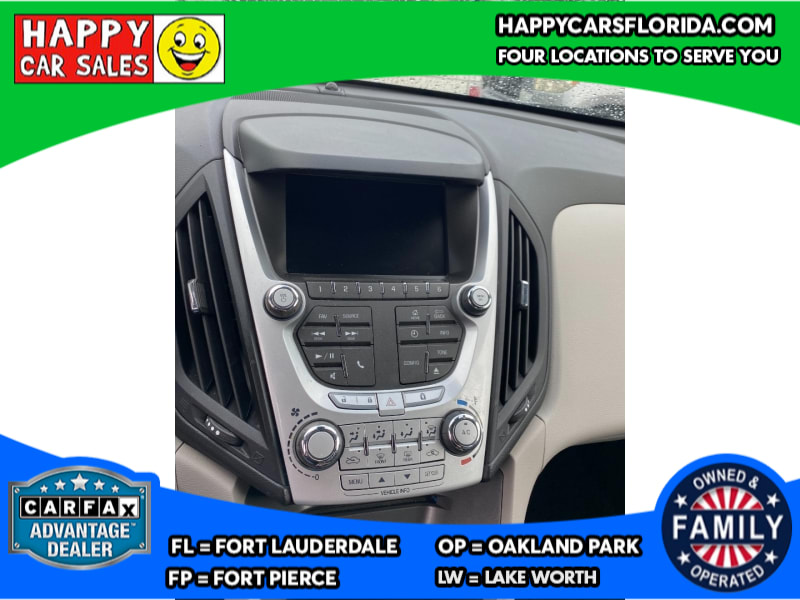 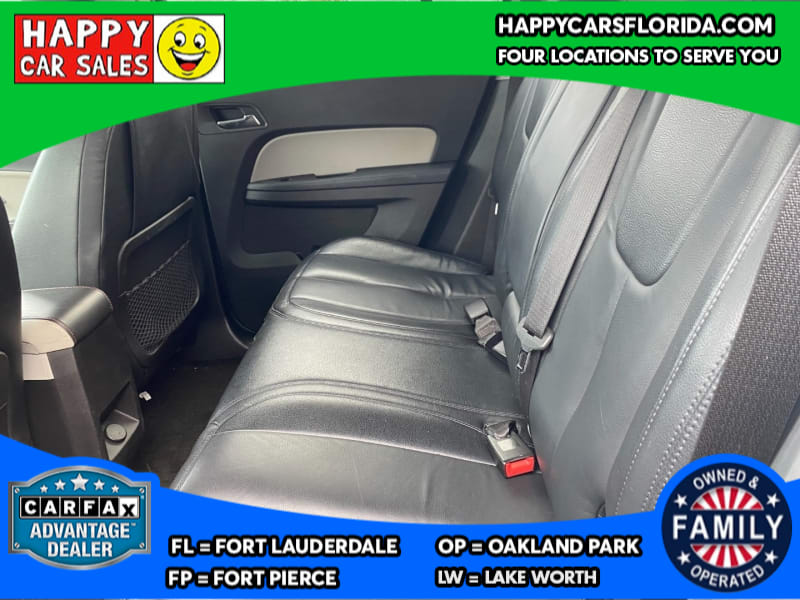 The 2014 Equinox is Chevrolet's torchbearer in the compact-crossover-SUV segment, where it competes with popular rivals such as the Honda CR-V, Ford Escape and Toyota RAV4. Like those others, the Equinox seats five passengers across two rows, but the Chevy is substantially larger than its competitors. Even with its size advantage, the Equinox trails in cargo space yet partly makes up for that with a spacious rear seat. The Equinox isn't very exciting to drive, but it does boast quiet, comfortable road manners. It is also one of the few remaining smaller crossover SUVs to offer a V6 engine, which allows the Equinox to tow up to 3,500 pounds. Fuel-conscious buyers will be more interested in the 4-cylinder version, which claims up to 32 mpg.Used 2014 Chevrolet Equinox PricingLike its size, the Chevrolet Equinox's price tag is a bit larger than most of its rivals. A 2014 Equinox has a Manufacturer's Suggested Retail Price (MSRP) of just over $25,000 for a base LS model. Midrange 1LT and 2LT trims are a few thousand beyond that, and the top-line LTZ starts over $32,000 and can reach several thousand more with options. In comparison, the Honda CR-V, Toyota RAV4 and Ford Escape have starting prices slightly below that of the Equinox, while the Kia Sportage starts under $20,000. To make sure you're getting the best deal, check the Kelley Blue Book Fair Purchase Price below. In terms of resale value, the Equinox is expected to hold up well against most rivals, but below the strong residual values of the Honda CR-V, Toyota RAV4 and Kia Sportage.Driving The Used 2014 Chevrolet EquinoxBehind the wheel, the 2014 Chevrolet Equinox is rather ho-hum. Even with the more powerful V6 option, Chevy's crossover SUV doesn't feel as athletic as a Ford Escape using a smaller, turbocharged 4-cylinder engine. Some of this is simply physics. With that bigger engine, the Equinox tips the scales at nearly two tons, while 4-cylinder variants aren't much less. Models using that smaller engine deliver good fuel economy, but sacrifice even more performance for the sake of it. All 2014 Equinox models use a 6-speed automatic transmission â it works well with both engines. The Equinox doesn't feel particularly spry on twisty roads like a Mazda CX-5, which enjoys a fun romp every now and then. However, if there's an area where the Equinox shines, it's this SUV's comfortable and quiet highway ride. In this regard, the Chevrolet feels like a more expensive vehicle.Interior ComfortThe Equinox's cabin is comfortable and versatile, but despite this SUV's boxy design, it doesn't make the best use of space for cargo. The Honda CR-V, for example, is nearly 10 inches shorter in length, yet boasts roughly six more cubic feet of storage behind the rear seat. Thankfully, accommodations for human cargo are much better. The Equinox features well-bolstered seats, front and back, with lots of legroom for all. Dash materials and the Equinox's instrument cluster are attractive, especially in models with the 7-inch color screen and 2-tone surfaces. Corresponding buttons and dials are rather small and numerous, though.Exterior StylingAt over 187 inches, the Chevy Equinox is substantially longer than other compact SUVs. In fact, at this length, it's larger than a Ford Edge and the 3-row Kia Sorento, which usually fall into the midsize-SUV category. Yet the Equinox's proportions are well-balanced, and its sheet metal is attractive with a blend of soft curves that help counter the vehicle's rectangular shape. The 2014 Equinox comes off as athletic, but not as brawny as its GMC sibling, the Terrain. Higher-end models feature body-colored mirrors and roof rails. Seventeen-inch wheels are standard, with 18-inch and 19-inch versions available.Favorite FeaturesADJUSTABLE POWER LIFTGATEOptional on 2LT models and standard in the top-line LTZ trim, this handy feature saves you the hassle of manually opening and closing the rear hatch door. The adjustable height setting, meanwhile, can save the door from hitting whatever resides above.REAR-SEAT LEGROOMWith 39.9 inches of legroom and a back seat that slides, the 2014 Equinox has plenty of space for passengers to stretch out. This added room can also benefit harried parents maneuvering to secure a child seat.Standard FeaturesAll 2014 Equinox models come with a 6-speed automatic transmission, cruise control, a 6-month trial of GM's OnStar service, and safety features such as traction control, electronic stability control, and multiple airbags, including those for rear outboard passengers. Base LS models have an AM/FM/CD/satellite radio with a USB port and Bluetooth connectivity. LT models add amenities such as an 8-way power driver's seat, automatic climate control, rear-vision camera, and Chevy's MyLink radio with a 7-inch touchscreen. Top-line LTZ models come with leather seats, a power front passenger seat, a power tailgate, lane-departure warning and forward-collision alert.Factory OptionsAll Equinox models are available with all-wheel drive (AWD) instead of the standard front-wheel drive (FWD), and LT and LTZ models can be had with the more-powerful V6 engine in lieu of the 4-cylinder. Options are scant for base LS models, but the list grows for LT and LTZ trims and includes navigation, Pioneer premium audio, and a power sunroof. A rear-seat entertainment package with DVD player with dual screens and two wireless headphones can help keep the kids occupied. Those seeking to add bling to the outside can opt for the Chrome package that adds plenty of it.Engine & TransmissionThe 2014 Chevrolet Equinox's base engine is a 4-cylinder that is fuel efficient but outputs a just-adequate 182 horsepower. The improved V6 that arrived last year is optional and, with 301 horsepower, it does a better job of getting the Equinox's heft up to speed. Both engines are connected to a 6-speed automatic transmission and run on regular unleaded or E85 ethanol. The V6 engine can tow up to 3,500 pounds, while the 4-cylinder is limited to 1,500. Front-wheel drive is the standard setup for both engines, and all-wheel drive is optional with either for drivers needing enhanced traction on slippery roads.2.4-liter inline-4182 horsepower 6,700 rpm172 lb-ft of torque 4,900 rpmEPA city/highway fuel economy: 22/32 mpg (FWD), 20/29 mpg (AWD)3.6-liter V6301 horsepower 6,500 rpm272 lb-ft of torque 4,800 rpmEPA city/highway fuel economy: 17/24 mpg (FWD), 16/23 mpg (AWD)

Of all the family sedans littering the market, the 2017 Chrysler 200 is unique. Although it bears mo ...

One of the Acura TL's selling points has long been its reasonable price, a distinction that holds tr ...